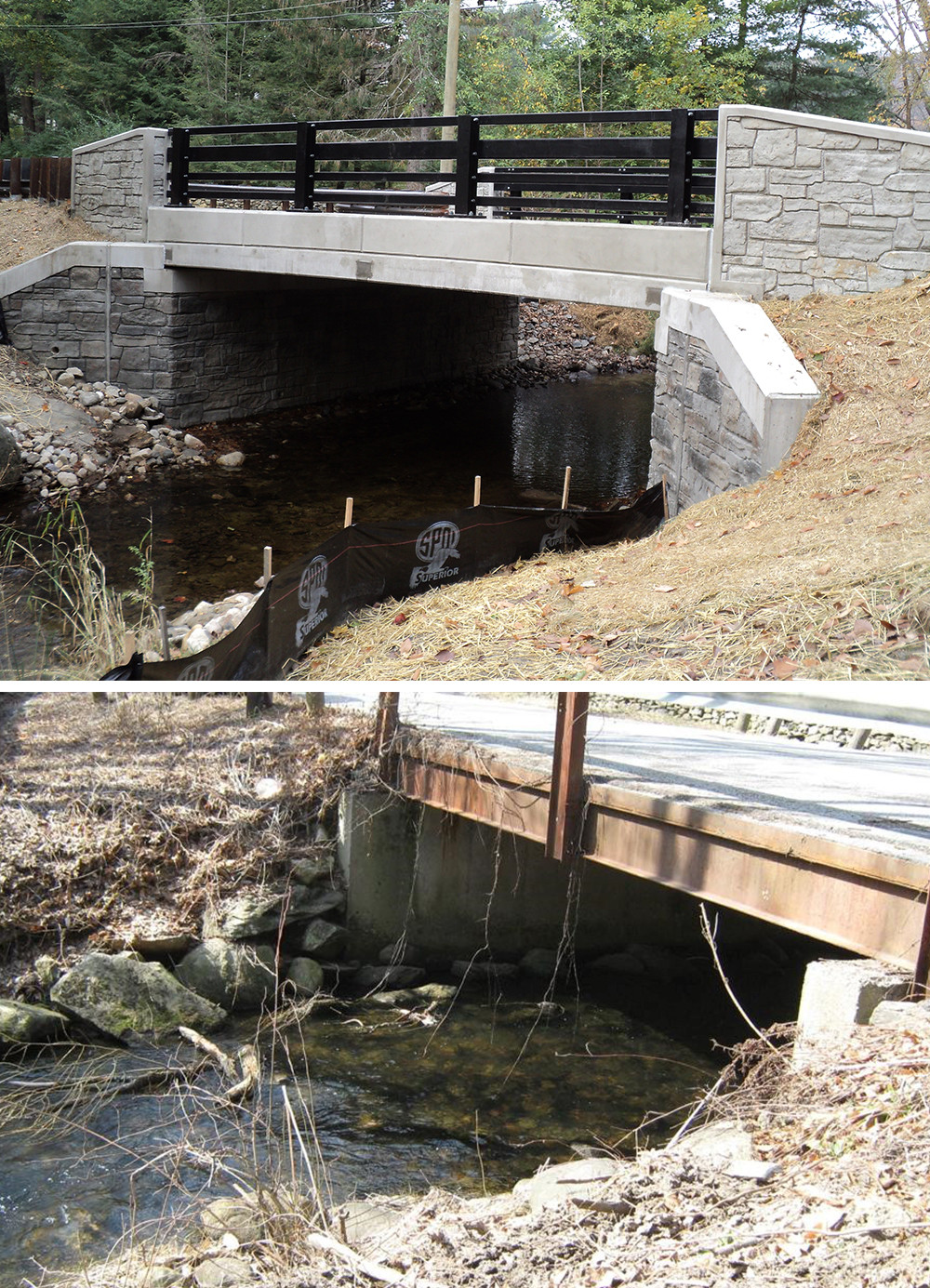 HRP provided design and construction inspection services for the replacement of the Aspetuck Ridge Road Bridge over Merryall Brook, in the Town of New Milford, CT. The project was part of the Connecticut Local Bridge Program and was identified as ConnDOT Bridge No. 05111. The program provided for both federal and state financial assistance to municipalities for the removal, replacement, reconstruction, and rehabilitation of local bridges.

A scour analysis was performed and it was determined that a concrete drilled shaft supported foundation would be needed to protect the structure against scour. It was decided to use cast-in-place reinforced concrete drilled shafts due the density of the underlying soils as well as cost. Because the project had state and federal funding, Flood Management Certification (FMC) was required for the project. HRP prepared the application and secured FMC through the new “Memorandum of Understanding” (MOU) permit process.