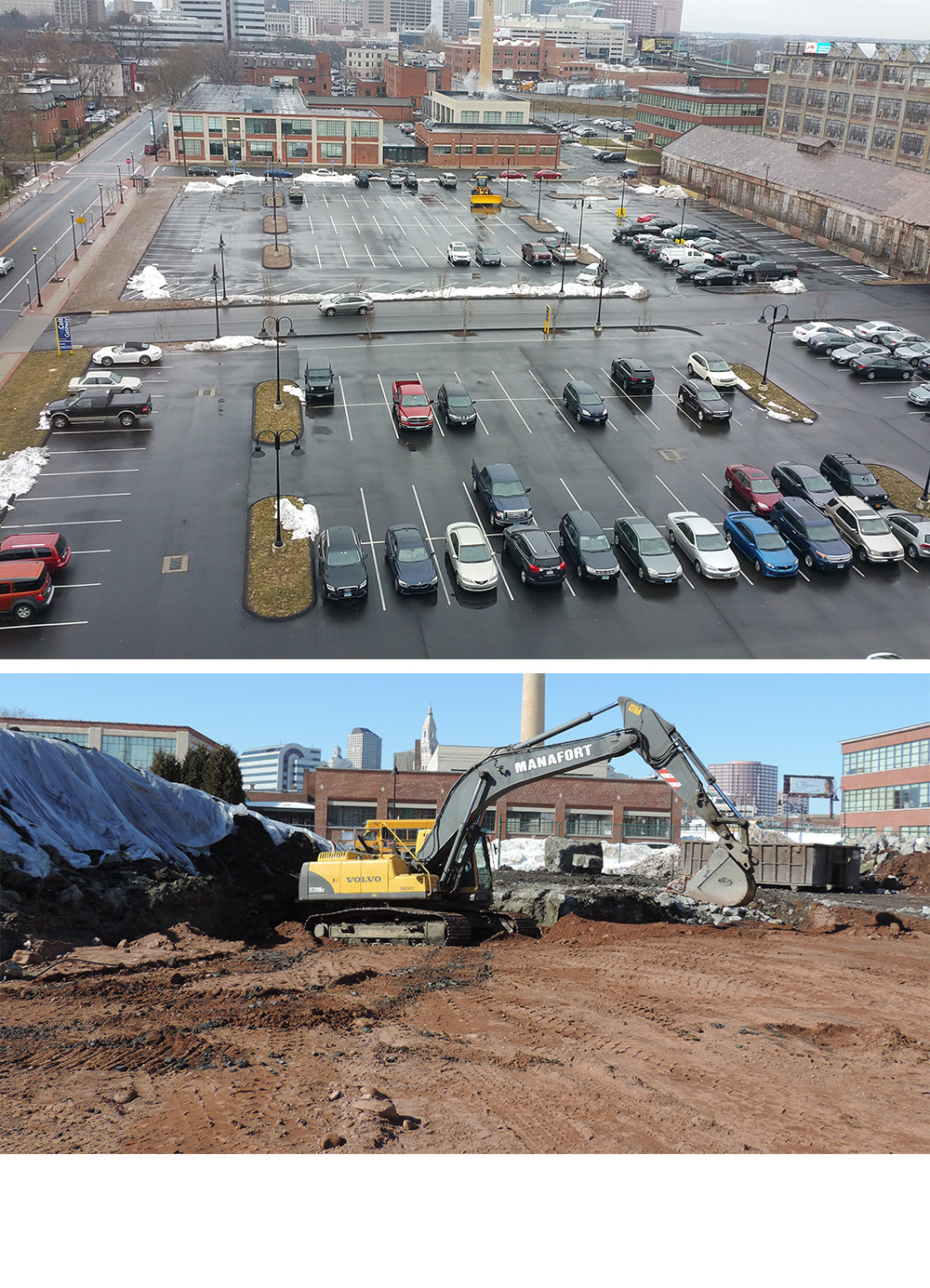 HRP provided civil engineering site design, survey and environmental services for the historic redevelopment of the landmark Colt Firearms industrial complex in Hartford, CT. The scope of the project included environmental investigation, geotechnical and structural evaluations, and site redevelopment, including new site utilities and parking improvements. All work was conducted to complement and facilitate historically accurate building renovations to convert a portion of the Sawtooth Building and South Armory into use for the Greater Hartford Academy of the Arts for the Capitol Region Education Council

Initially, HRP performed a survey of the proposed area to supplement previous topographic information. A site design and layout was performed to accommodate bus traffic and parent drop-off for the proposed site entrance. Site Layout, grading and utility plans were developed as part of the Zoning Board of Appeals submittal for the placement of a private school within an industrial zone. The site layout was designed to incorporate the maximum number of school buses that could be queued on-site as well as for the maximum number of parking stalls for both students and faculty.

HRP conducted cut/fill analysis of the proposed development to minimize the off-site disposal of lead contaminated soils at the former Target Butt to the Colt Firearms firing range. HRP is coordinating the proposed stabilization of these soils to render the soils non-hazardous as well as for geotechnical suitability.