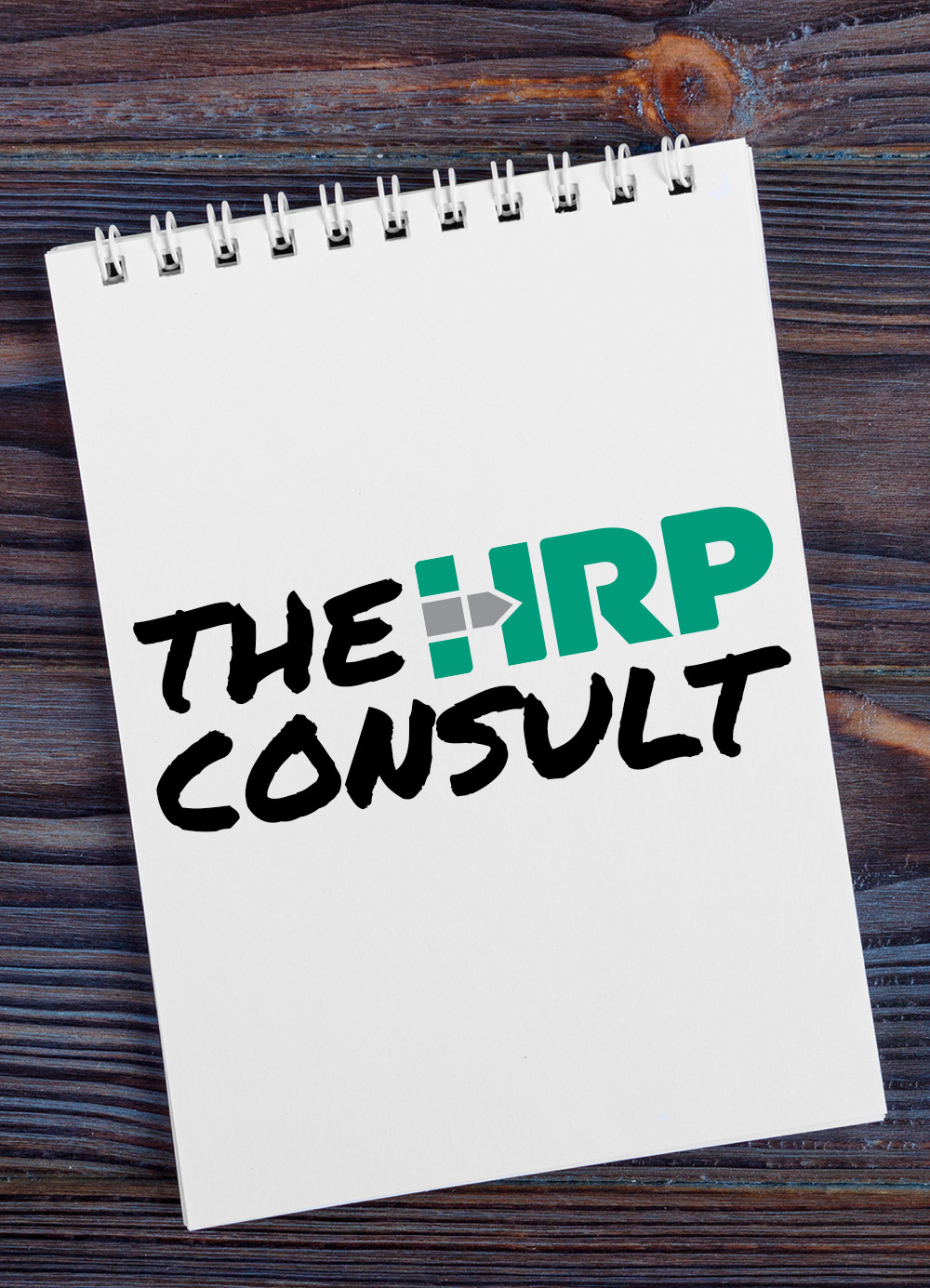 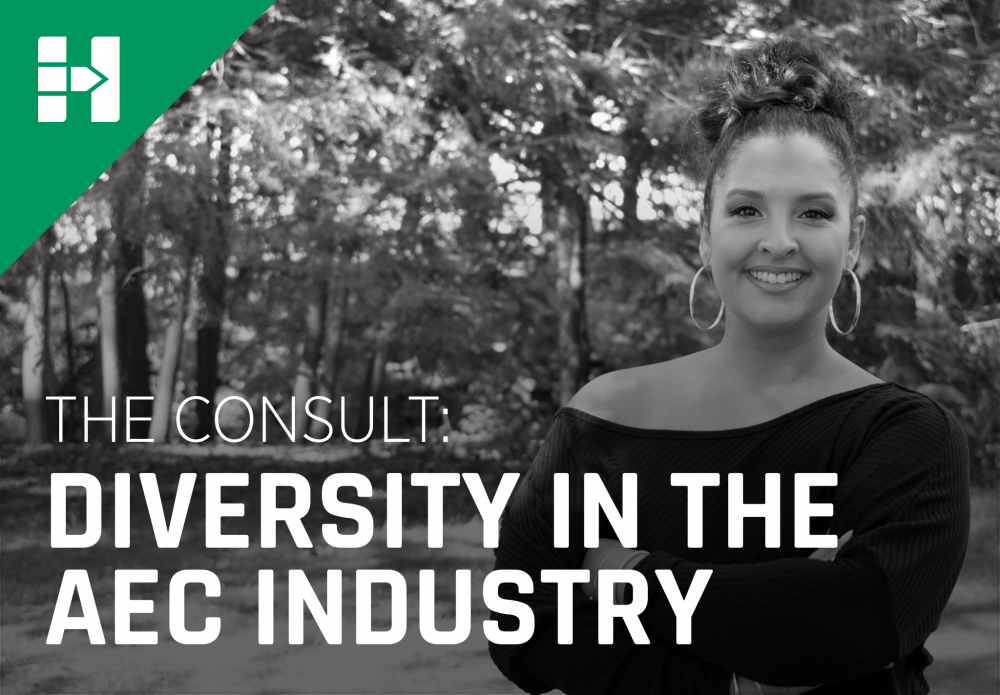 Alicia Washington on Diversity in the AEC Industry 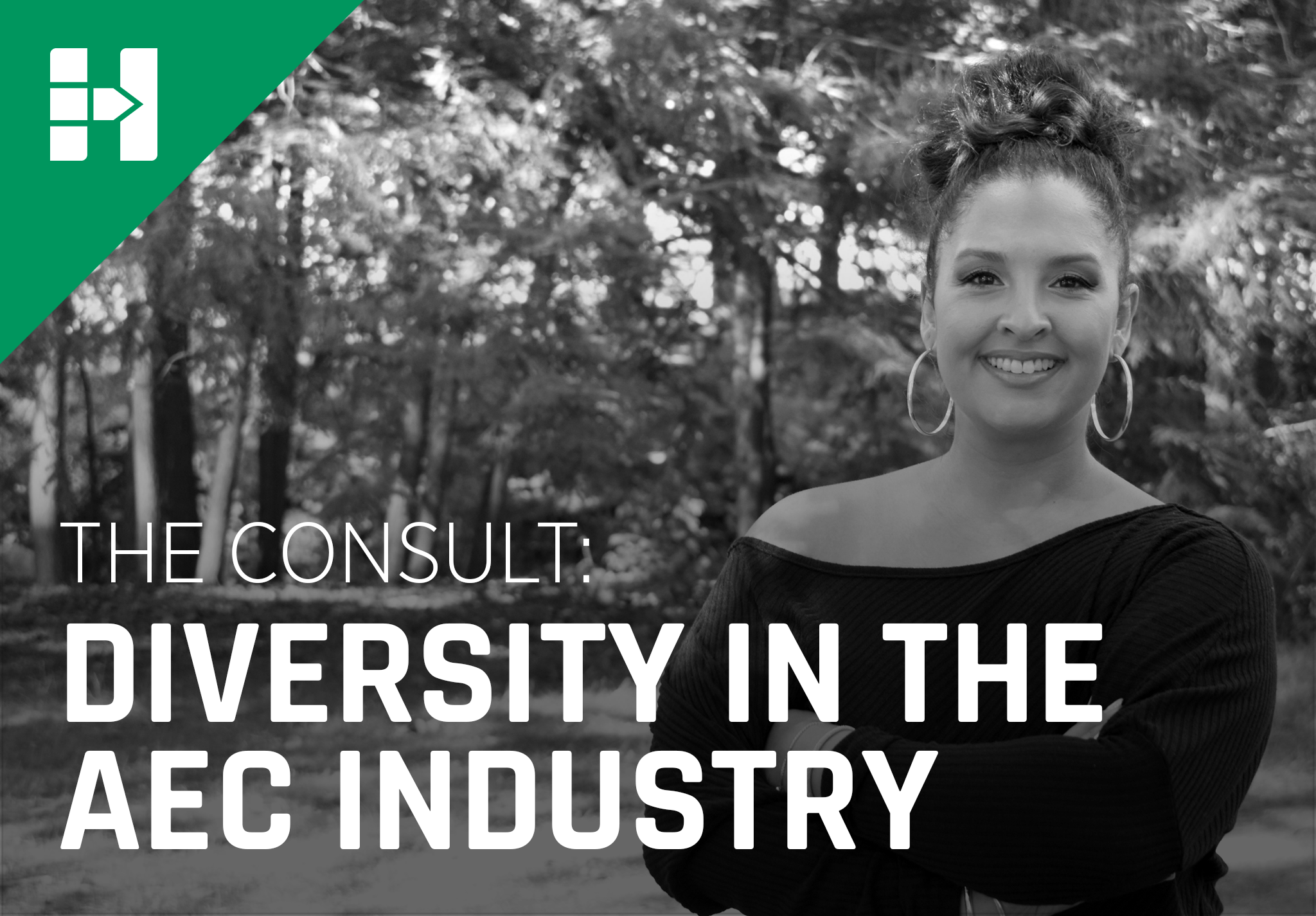 Coming off a tour of speaking events and podcast appearances, HRP’s Alicia Mojica Washington, Director of Marketing, sat down with me to continue the conversation on diversity in our industry.

TS: Thank you for taking the time to speak with us today, Alicia. I was wondering if you might start the conversation off with the topic of unconscious bias, and what role you see it playing in the conversation on diversity.

AMW: Unconscious bias plays a significant role. It spreads all over.  Take for example, a project manager that needs people to stay late to meet a crazy deadline, but that manager is not going to ask this particular employee because that employee just had a baby, and the manager assumes that the employee can’t stay late because she needs to go home and look after the child.  That employee now doesn’t have that opportunity to work on that project because of the manager’s assumptions and unconscious bias.

This issue is about trying to think bigger, outside race, gender, age and taking in people’s life experience.

It’s a matter of having honest, difficult conversations within the company about bias. You have to get your leadership together to speak openly and without judgment about why there is a lack of diversity.

TS: That touches on something I find interesting. When people frame this they look at it as a moral problem, a societal problem, but they say, “we’re a business. It’s not our responsibility to make the world better.” But this is also good business. A diverse work place is a high functioning one.

AMW: Yes and a lot of studies show that, the data is there. But coming from someone who is a person of color, we don’t want to be just a number on paper. We want to make sure that, though it is true that more diverse groups are more successful, at the end of the day it is about the people who work for the company and keeping those people engaged. Sure it is about the bottom line for some companies, but it is also about people feeling comfortable and represented in their work place.  The more comfortable and represented an employee feels, the more engaged and successful they will be.

TS: You’ve previously mentioned the importance of being comfortable with being uncomfortable. What does that mean for you?

AMW: I think it is really important for top leadership to be involved in the diversity and inclusion initiative and part of that involvement is being comfortable with being uncomfortable, and leaning into that discomfort on a more consistent basis. When you gather those individuals who want to be a part of a diversity and inclusion initiative and you start talking about the unconscious bias and the root causes of why you are lacking in diversity and the reasons why you want the change and where you can start, it gets everyone on the same page and creates a road map to success. What’s most important is knowing how to move forward. Let’s talk about the employee handbook and the policies there. A lot of company policies remain standard when need to expand. Take the family leave act for instance. If you have a policy where women take maternity leave and you expand that to allow men to take paternity leave, that’s diversity.  A policy was expanded to increase inclusion.  Another example is bereavement. You can get paid time off for family, but some companies are now expanding it to others within the company, so you can go and support a coworker whose family member has passed. Diversity is about creating opportunities for more people in same space.

TS: Yeah, it has to have the flexibility to match who we are and how we live. As you say, reflecting people and not outdated policies.

AMW: It’s all about thinking bigger. Letting more people benefit from one rule. In the context of diversity I often bring up privilege. It’s a word that gets thrown around very negatively. People think of privilege outside of diversity. Privilege, within the context of diversity, means that you will not have to deal with certain things in your life just because of who you are.  The reality is that we do not all have the same rights. Being able to marry someone of the same sex just became legal in 50 states; recently. That’s a totally different experience then it is for a heterosexual couple and a right heterosexual individuals did not need to every worry about.  You don’t need to have sympathy for underrepresented groups but you can have empathy. Having empathy will help your diversity and inclusion initiative, because now you’re looking at the bigger picture. This is about everyone and being mindful of real situations others have to go through.

TS: We all have responsibilities to each other.

AMW:  There are companies that look at resumes with names hidden. They know that if a name is hard to pronounce or is an ethnic name it results in resumes being thrown out. But those companies that are hiding names, they are making the effort and seeing great results.

TS: It’s crazy how many studies are conducted with exactly the blind resumes scenario you laid out, each candidate has the same qualifications, and how many times it plays out exactly as you said, and yet we’re still trying to convince people that this is a thing.

AMW: A lot of people don’t want to believe it’s real. For a lot of people, if you don’t experience it directly yourself, it’s just not real. There are certain things that my husband and I have to think about when it comes to our family and our children that other families don’t have to consider.

TS: When I think of myself being an ally, I worry about bringing up a topic or asking a question and revealing my own ignorance or insensitivity or bias or it just being irritating to the person I’m engaging with. But you do have to be willing to make yourself vulnerable. As an ally you have to be willing to risk that because at the end of the day you’re not really risking anything. That’ a very small price to pay to pursue this if it’s something you really care about.

AMW: Absolutely, you need those internal groups within the company who are willing to get really real about this.  Having an unconscious bias doesn’t necessarily make you a bigot or otherwise,  you’re life experiences are what shaped your bias.  For example, if you didn’t grow up around people of color, you may have an unconscious bias related to people of color.  If you grew up on a farm, you will have an unconscious bias about the city.  We are who we are because of our life experiences and I believe as people grow up they make decisions on what information they want to receive and believe.  There are facts that people have to get comfortable with and those facts may make people uncomfortable, but getting comfortable with being uncomfortable is the start of change.

An ally has to be aware of their bias, aware of the goals of the marginalized group and make sure that they are supporting those goals.

TS: One last point to talk about as we wrap up. You have a line that resonated with me: “Diversity means variety, not anti-white.”

AMW: Yes and I was not really sure if I wanted to say that, but it needed to be said.

TS: But I mean that is definitely what people hear, “Oh diversity, means no white people allowed.” And even though I agree completely, in those moments I’m revealing my bias, because my ears hear diversity and my brain goes, “a conversation about race.”

AMW:  We need people to understand that the conversation about diversity does not mean shoving all the white people out of the room and saying, okay now we’re diverse.  If everyone at the table is white, you don’t tell them to leave, you bring over more chairs.

In a lot of the meetings I’ve been in there’s reference to, “the old gray-haired white man.”  But that individual could add value and perspective to the conversation as well and we shouldn’t make the assumption about what he’s thinking. It's apparent that these days more people seem more sensitive and offended more often. We’re seeing a lot of that because of media. I would challenge that and say that people have always felt like this, but have not had the platform to say so. Now they do. I’ve been to programs where speakers take jabs at "millennials,” not realizing that they have potentially disengaged a portion of the room.  Inclusivity is what gets missed the most when talking about diversity.

TS: If, at the end of the day, people’s issue is that, oh these kids nowadays care too much about other people, I mean, is that really a problem?

AMW:  Right, right! It’s so funny.  Caring about others and excepting people for who they are is so important.  Our country is becoming more diverse and people are able to voice their opinions and the identity they identify with. People want to feel like they can be themselves. It’s a privilege that some of us don’t have to worry about these things.  But understanding that people have to deal with things you never will is crucial to diversity and inclusion.  I do believe that everyone has a little something that they know is an obstacle for them.

TS: Well, Alicia, thank you so much for this conversation.

AMW: Thank you Tom. It was great!